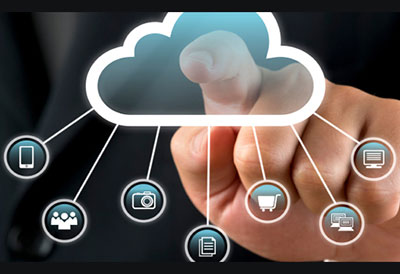 By choosing open standard-based lighting control systems, organizations provide themselves with the ability to easily upgrade to other related devices, such as thermostats, plug-loads, fans, CO2 sensors, and more. The flexibility of open standards provides the ability to add new devices into the existing control system. There’s no need to buy a separate system to manage each additional device.

“In the next two decades, we will see a dramatic increase in the sophistication of these systems, so we believe companies should install smart energy building management systems that use open standards. This helps ‘future-proof’ the company’s building systems, allowing them to easily upgrade to new devices. Companies need to remember that the investments they’re making now can really effect them in future years,” says Derek Proudian, Chairman and CEO of Daintree Networks.

In a commentary in Information Week, Sasa Marinkovic noted that connected computing offers great potential. But before that can happen, there must be a vast improvement in “interoperability and communications protocols, common processing and programming interfaces, and tools to dissolve the barriers between diverse computing platforms, devices, and operating systems.”

Providers that don’t offer open solutions can lock you in, preventing you from using the capabilities you need in your IoT scenario. A strong provider should work with your existing technology, without requiring you to rip and replace what you have, suggests a Microsoft blog post.

Using the actionable data provided by Enterprise IoT can result in an endless variety of operational efficiencies. Think about peak time usage: most utilities are now using a demand response fee structure, charging higher rates during peak times. For utility customers who aren’t looking closely at their data and not shedding loads, they may be wasting a significant amount of money on energy. For example, during peak usage, a building doesn’t necessarily need 100% of its LED lights on full power. “Most users can work very comfortably at 10 or 15% of LED lights,” Khera says. Additionally, by looking at machine use in manufacturing, a company might realize they can run the machines at different times of the day or night in order to avoid the peak times. In an office situation, a worker might need to make 2,000 copies, but it may not be necessary to make those during peak time. “If you have the right platform, you can program it to turn off the plug loads with the printers so users will have to make a conscious decision to print right then or wait,” Khera explains.

Another vital use of connected systems throughout a facility is for predictive maintenance. It is better to know in advance when to change lights or update other devices. If a surprise problem arises, the company must arrange for an extra maintenance trip, which costs more and is an inconvenience that interrupts productivity.
Operational efficiencies such as these make a facility or energy manager’s work run significantly more smoothly.

More and more facility managers in commercial and industrial buildings have been rolling out building energy management systems (BEMS), which are able to take advantage of Enterprise IoT, and as they do so they are searching for better and easier ways to analyze and make use of the information that they are now able to gather. When investigating BEMS, look beyond dashboards and graphs to see whether enhanced analytics are easy to access and read. In addition, consider consultants who can provide audits and turn data into actionable recommendations and solutions.

“Building energy management systems will be demanded more; they will enable higher level decision making based on all the systems being tied together,” says Noah Goldstein, Research Director with Navigant.

As companies start thinking about integrating their wireless systems, they need to begin pushing vendors and suppliers, recommends Goldstein. “Be proactive. Tell them, ‘I want an integrated system rather than what you’ve got on the shelf. I think that if vendors are pushed and they know it’s something they can sell in the market, they will develop and supply it.”

As you begin working on your long-term energy management goals, become well versed on the IT side of facility management. Work with IT to ensure that the underlying technology is capable of being deployed across all building types and spaces. This may include large or small commercial office buildings, warehouses or retail locations, across a handful or many thousands of such buildings. The IoT network infrastructure must also be sufficiently pervasive in and around the building to ensure that devices can be added easily, both during initial deployment and later during expansion, without requiring significant support.

Consider putting some training programs in place, both for facility managers and their teams as well as for the C-suite. It is important to have meetings between the IT department and facility managers. By telling IT what you are considering and asking how it will affect them, it allows for the opportunity to make sure the plans will work, that security ramifications are considered, and that backup plans are in place.

Additionally, work to understand the relationship you have with all your utilities, across all your locations. Many utilities offer free programs to help facilities improve energy efficiency, so make certain you’re taking advantage of those offerings

“Find a system that is cost effective and that will bring you a payback in the near term, but also one that in the future will allow you to take advantage of the next generation of applications and services,” says Proudian.