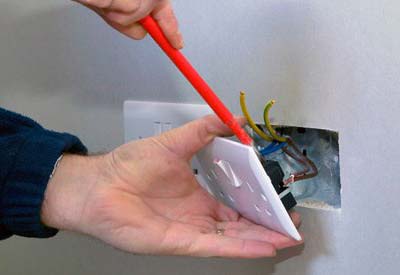 Article is in English…

In Canada, the responsibility for health and safety lies with the Provinces and Territories.  Each Province and Territory has specific separate legislation governing electrical safety in its jurisdiction, which includes the adoption of codes and standards and the establishment or delegating of an authority to administer the legislation.  These authorities may be Provincial/Territorial Government Agencies, Municipalities or, in the case of delegated authorities, Crown Corporations, or other “at-arms-length agencies” .  Collectively they are referred to as Authorities Having Jurisdiction (AHJs). Each Province and Territory designates a representative, usually the chief electrical inspector or equivalent, to participate on the Canadian Electrical Code , Part I(CE Code)  Committee and on the Advisory Council on Electrical Safety (CACES).  In addition the Chief Electrical Inspectors from three of the larger municipalities participate as voting members of CACES and the CE Code Committee.  The Provinces and Territories all adopt the CE Code, with few amendments, which provides uniform electrical codes and standards throughout Canada.  The Federal Government plays a role through establishment and funding of the Standards Council of Canada (SCC), a Crown corporation which promotes standardization and accredits Standards Development and Certification organizations for Canada. This provides a framework upon which regulation of electrical safety in Canada takes place.

The Canadian Advisory Council on Electrical Safety was established in 1989, following the signing of the Canada – USA Free Trade Agreement (FTA).  Prior to this there were only three organizations developing standards and certifying products in the electrical safety area – Underwriter’s Laboratories of Canada (ULC) for fire alarm related electrical technologies, Canadian Gas Association (CGA)  for electrical features of gas products, and Canadian Standards Association (CSA) for all other electrical products.  Each of these organizations had separate interaction with regulatory authorities as required by the SCC accreditation requirements.  Also at that time, the Provincial/Territorial and Municipal  Chief Inspectors that were members of the Code committee regularly met as the Chief Electrical Inspectors Committee. With the signing of the FTA, it was anticipated that there would be many more Accredited Organizations(AO) seeking interaction with the regulatory authorities.  Rather than attend multiple meetings at various organizations around the country, the Chief Inspectors Committee offered to act as a single regulatory advisory council for all accredited standards development and certification organizations and each AO, at the time, agreed. Thus, CACES was born.

Since its inception, CACES, has been recognized as the central regulatory authority for electrical safety in the SCC accreditation requirements. CACES provides a forum for discussing the safety, technical, and regulatory aspects of developing, promoting, and implementing electrical standards for Canada.  The Council monitors and reports on problems encountered in the field with respect to electrical safety and advise accredited organizations on those matters.

Membership of CACES consists of:
•    the thirteen Provincial and Territorial regulatory authorities, and three municipal regulators, who are  members of the CEC, Part I Committee,
•    one member each representing SCC and Health Canada, and,
•    participating Accredited Organizations which includes Standards Development Organizations (SDO), Certification Organizations (CO), and Field Evaluation Organizations (FEO) and are non-voting except for election of officers and other non-regulatory matters.
•    Associate non-voting members as requested by CACES.

The functions of CACES include the following:
•    co-ordinate with the SCC and AO’s on matters impacting the National Standards System and discussing the safety, technical, and regulatory aspects of developing, electrical standards;
•    provide advice on the adoption and enforcement practices of uniform electrical safety standards and codes across Canada and recommend to AHJ’s on the recognition of Other Recognized Documents (ORDs)  for use in their respective jurisdiction.
•    provide advice to Accredited Standards Development Organizations on the development, revision, deletion or addition to codes and standards and the application of codes or standards to electrical products including the suitability of new products,  new standards, new or special requirements (such as ORDs) and electrical product certification, listing, and examination practices.
•    Provide a forum for exchanging information on electrical safety incidents, accidents and corrective actions .
•    monitor AO activities and provide advice on testing, inspection and certification processes for electrical products.
•    Provide information on local regulations and on rules for acceptance of products and
•    feedback from regulators on problems with certified products in the field.
•    Provide AOs a forum to identify and seek input on problems associated with the application or interpretation of regulatory requirements.

Although CACES is an independent organization its recommendations have no legal standing, but, because its membership includes important influencers in electrical safety at the Federal, Provincial, Territorial and Municipal level, the committee’s decisions can have a major influence on how jurisdictions across Canada deal with similar issues concerning electrical safety and regulation. 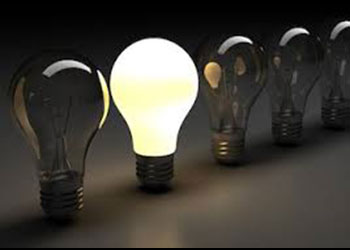