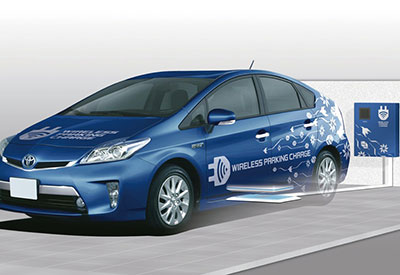 Two-hundred-and-twenty-eight percent. That’s how much electric vehicle sales grew in the U.S. in 2013. In total, 96,700 were sold last year.

Those numbers are from Navigant Research, a market research and consulting firm that provides analysis of global clean technology markets. According to the report, titled Electric Vehicle Geographic Forecasts, the U.S. market for light duty (LD) plug-in electric vehicles (PEVs) is set to grow at a compound annual growth rate of 16.3 percent between 2014 and 2023. Here in Canada, the compound annual growth rate is pegged at 25.4 percent, which would put us over 66,000 vehicles by 2023.

In short, North America is set to be one of the largest markets for PEVs over the next 10 years, with total sales expected to surpass 514,000 in 2023. Naturally, you can expect new regulations and standards to emerge over the next decade, but it also means new technologies and systems have to be installed to support the fuelling infrastructure for the emerging PEV market. And then new standards will have to be developed for those technologies.

One such technology is wireless power systems (WPT). This past July, the International Electrotechnical Commission (IEC), a global organization that prepares and publishes international standards for all electrical, electronic and related technologies, met in Mississauga to discuss standards for WPT systems as it pertains to electric vehicles. The relatively new technology could have major repercussions for the electric fuelling infrastructure challenge, never mind every other aspect of our “wired” society – think healthcare and military applications.

You can find examples of WPT systems now. The Durcell Powermat can be bought to charge your phone and tablet, and Starbucks recently announced it will install the tech on tables at its U.S. locations. Intel is bringing a wireless computer to market in 2016, and Toyota recently dropped this video, showing off a WPT system for a Prius.

Market research firm IHS Technology is predicting that the WPT market will grow quickly after 2015, driven mostly by adoption in mobile phones, tablets and wearable tech. By 2018, IHS said, the market will be worth $8.5 billion US.

But there are challenges to figure out before we get to ‘run-of-the-mill’, specifically the standards and the actual physics of wireless power. According to Fortune, industry is split into two camps on the specifications requirements. That becomes a problem for the companies that need to build the technology into their products — think VHS versus Beta or Blu-ray versus HD DVD.

“Ideally, the objective is to agree on one International Standard so that manufacturers have a reference system,” wrote Dimitrios Ladas, project leader of the EV Inductive Charging project at Schneider Electric, Grenoble, France. “But there are several points that augment the difficulty with regard to cable-based systems. First of all, the market for wireless charging is not yet developed. There are trials and many manufacturers have demonstration models, some even have products, but the Standard is still in advance of the market.

“The technical aspect of the system is very difficult and not so obvious to standardize,” he went on. “As it involves a magnetic field, the project team has to take care about public fear of electromagnetic waves. This context is not unusual in standardization, but the combination of difficult technical questions and the framework of electric vehicle leads to a complex situation where consensus is difficult.”

According to Fortune, industry is split into two camps on the specifications requirements. That becomes a problem for the companies that need to build the technology into their products — think VHS versus Beta or Blu-ray versus HD DVD.

The Wireless Power Consortium represents one group of companies that uses a magnetic induction system, called Qi (probnounced “chee”), while the other camp, Alliance for Wireless Power (WiPower) is backing magnetic resonance charging.

The Qi approach is the one that is leading in the consumer game. Reportedly, a number of phones already support the standard and it’s what Starbucks is implementing into their stores. The resonance approach, however, has yet to hit the market, but looks to be the horse to bet on. It works off of resonant magnetic coupling, creating a magnetic field around the coils that can transfer power without having to physically line up the coils. More power can be transferred with the resonance standard and it can power more than one device. The company leading the charge, so to speak, is WiTricity, and it’s what Toyota used to power its Prius and what Intel is using here (fast-forward to the 35:00 mark).

It’s not just Toyota and Intel pushing the technology hard. The list spans from Qualcomm to Samsung and Sony to IDT, a company that sells strands of DNA to scientists.

With that much industry weight behind the technology, you can bet it’ll be here sooner rather than later. 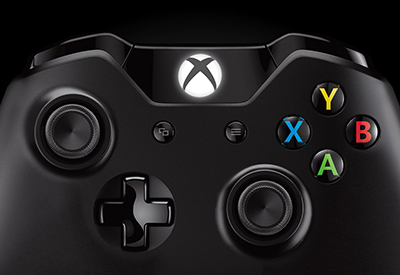